Preparing for a Data Breach in your Veterinary Practice 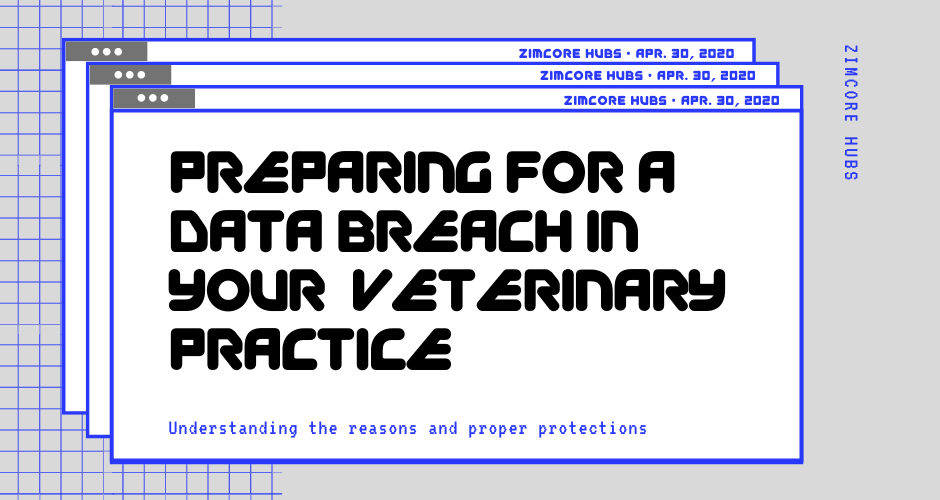 In the past few years, data has become an integral part of negotiations between cybercriminals and their victims. To obtain the data, cybercriminals have honed the methods they use to penetrate into networks. Unfortunately, not many veterinary practices are equipped with cybersecurity expertise to prevent such data breaches, which has made it easier for them to become among the most targeted groups. In this section, we will dive into what a data breach is and how we can better protect our networks.

What is a Data Breach?

There are seven types of data breaches that you should expect as a veterinary practice. These types include:

Preparing for a Data Breach

To protect your veterinary practice from a data breach, you need to put in place the best preventive measures possible. This can be achieved by using methods such as: