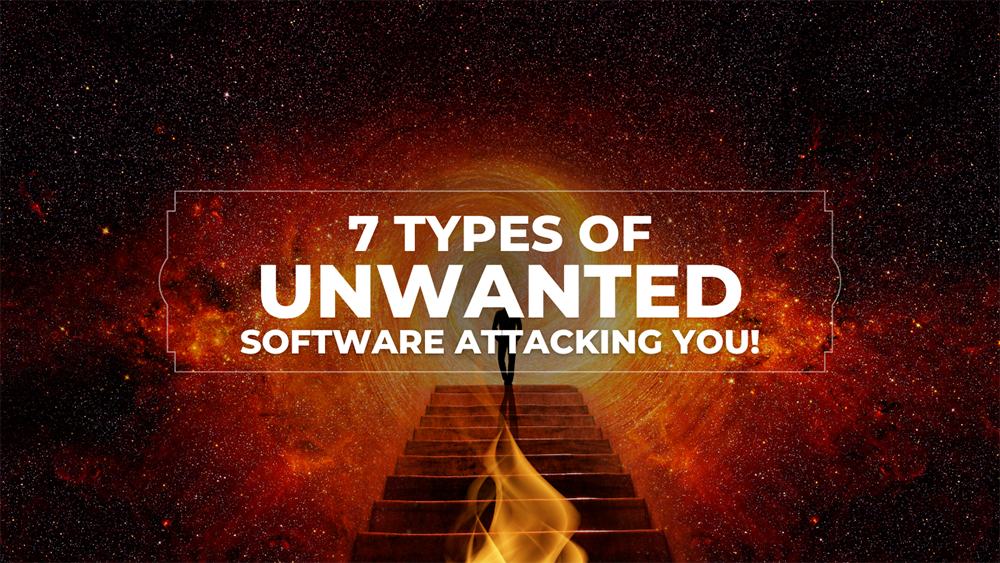 Malware is a term that comes from the contraction of malicious software. In simple terms, it is an umbrella term for any piece of software that has malicious intent. It can damage, disrupt, or gain unauthorized access to your device and cause harm to data and people.

Today, malware attacks are on the rise and remain the single biggest threat on the internet. Unfortunately, most victims of these malware attacks are unaware of what they are dealing with, partly because of the different types of malware used by cybercriminals. Below is a top 7 list of the most common malware and how veterinary practices can address them.

In its purest form, a computer virus is any program that modifies other legitimate host files to get executed each time the legitimate file is opened or run.

Despite the fact that computer viruses are extremely popular today, virus attacks account for less than 10% of all malware attacks. However, despite the drop in the number of virus attacks, it still remains one of the most effective methods of attack for cybercriminals. In most cases, when a computer system is infected with viruses, even the most advanced antivirus program struggles to clean them, which can pose a problem for your computer system.

As a veterinary practice, it is also important to note that most antivirus programs do not clean your computer system from other malware programs such as ransomware and spyware. Whereas all viruses are malware, not all malware are viruses; hence, an antivirus program, in most cases, will be ineffective for most types of malware.

Ransomware attacks have grown in popularity in the past two years, with most cybercriminals targeting computer infrastructure with the goal of making money. When a ransomware program is deployed against your computer, it is able to encrypt data, including backups, and display a message with instructions on how to recover the encrypted data.
To launch a successful ransomware attack, most cybercriminals use social engineering techniques such as phishing that trick users into downloading the ransomware. Once installed, they start negotiating with victims on how to pay them in order to decrypt their data. In most cases, these cybercriminals advise their victims to pay using cryptocurrencies if they want to get a decryption key that can help them access their data.

To prevent ransomware attacks, it is important to have anti-malware installed on your computer. You should also consider training your staff to recognize a phishing email, which can result in your veterinary practice getting attacked.

Worms are the oldest types of malware attacks that have been in existence. They are also the easiest to spread, and a single worm infection can impact your entire veterinary practice within minutes of an attack.

What makes worm programs effective is their ability to spread without action from the end-user. In most cases, worms go after known exploits and can infect all devices with that vulnerability in minutes.

To prevent worm attacks, installing anti-malware should be your first step. You should also consider firewalls and email filtering programs to help detect and prevent a worm from getting into your computer system.

Trojan malware programs are able to masquerade as legitimate programs. However, once installed, they run a script capable of damaging your computer system. Unlike worms and viruses, a trojan program are not be able to spread itself and requires action to be taken by an end-user.

As a veterinary practice, one of the most common trojans likely to be used against you is the remote access trojans (RATs). These trojans can give cybercriminals complete authority over your computer, allowing them to operate remotely and move laterally throughout your computer system. RATs can also be used as the first phase when launching ransomware attacks on your practice by allowing cybercriminals to study your network before launching an attack.

Today, fileless malware accounts for over half of all malware infecting computers. Unfortunately, not many people know about these types of malware; chances are your computer system is already infected with one.

Unlike other types of malware that infect your computer systems using filesystems, fileless malware doesn’t directly use files or the file system. Instead, it exploits and spreads in memory only or uses other types of non-file OS objects to spread, such as APIs, registry keys, and scheduled tasks.

As a veterinary practice, you should consider using firewalls that filter programs and sub-processes to prevent fileless malware attacks.

Spyware malware, when installed on a computer system, is able to log the keystrokes of victims and gain access to passwords and other unauthorized information. Cybercriminals can also be able to monitor your computer system and launch other attacks after studying some of the programs you use using spyware.

Fortunately, unlike other malware, spyware is easy to remove, and most antimalware programs are able to detect and isolate it.

Adware is malicious software that exposes its victims to unwanted and potentially malicious advertising. In most cases, an adware attack does not damage your computer system and is easy to remove using an antimalware program.

Do you need help protecting your veterinary hospital from Malware?

Start by downloading our FREE ebook “5 Simple Steps to Protect Your Veterinary Hospital“. It contains simple, cheap or FREE ways to help protect your hospital from unwanted software infecting your business.

Adware and How It Can Be Used to Harm Veterinary Practices