The US Treasury moves to address ransomware attacks with cryptocurrency sanctions 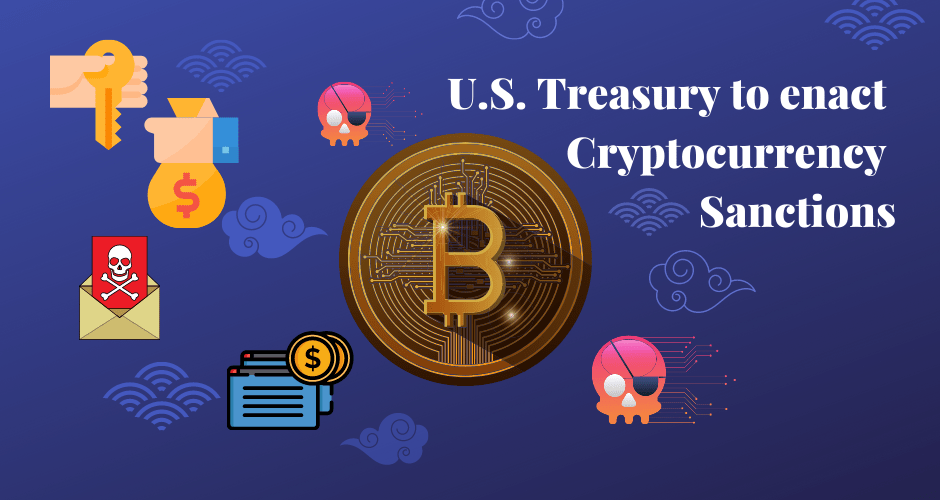 In cryptocurrencies, cybercriminals have found a perfect solution to transfer ill-gotten proceeds from ransomware attacks anonymously without getting caught.

In the latest examples, the Colonial Pipeline and the world-leading meat processors JBS paid $4.4 and $11 million respectively to ransomware groups in exchange for decryption keys that had disrupted their operations.

To contain the recent surge in ransomware attacks that have seen thousands of businesses, healthcare providers and veterinary practices attacked and asked to pay ransom in the form of cryptocurrencies, the Biden administration has moved to disrupt the system supporting the financial transactions of these cybercriminal groups. Through the Treasury Department, the administration plans to sanction financial exchanges that facilitate these transactions by providing a platform to cybercriminals.

According to reports, first reported by the Wall Street Journal, the sanctions could go into effect as early as this month. The report also indicated that the sanctions are part of a broader strategy by the administration to address ransomware attacks that have disrupted industries across the board and led to millions of losses in the country.

What does the move mean for veterinary practices?

The past year has seen the US government starting to view ransomware attacks as both a criminal menace and a national security threat.

For so long, barring the 2018 WannaCry ransomware attack, ransomware had only been viewed as any other type of cybercrime that, in most parts, was spontaneous and could be addressed on a case-by-case basis. This included the National Veterinary Associates (NVA) attack, a California-based company that owned over 400 veterinary practices across the country.

However, recent high-profile attacks showed signs of coordinated attacks, with a majority of these attacks coming from Russia. This resulted in the June meeting between Washington D.C and Moscow, with the Biden administration warning Russia to crack down on ransomware attacks.

With the scourge of ransomware attacks not slowing down despite the warnings, the Treasury Department is stepping in to address the attacks and their enablers, which has resulted in millions of losses and thousands of businesses compromised.

The surge in ransomware attacks that the Treasury Department plans to address has also become a problem for many veterinary practices that have been targeted and continue to be targeted by ransomware groups looking to make quick money by compromising their systems.

Like all other industries that have fallen victim to ransomware attacks, targeted veterinary practices are also asked to pay ransom in cryptocurrencies. In one such case that happened earlier this year, York Veterinary Practice was asked to pay $80,000 after its computer systems were compromised by ransomware and all their data encrypted.

The veterinary practice ended up refusing to pay the cybercriminals resulting in loss of data and clients’ information. They had to revert to a 2018 backup and make calls to their clients, informing them they had been attacked and asking them to provide more information in order to update their systems.

These new sanctions will help prevent cases such as the attack on York Veterinary Practice, which involves attackers demanding payments in the form of cryptocurrencies. It will also help curb cybercrime because the system they use in their transaction will no longer be fully anonymous, and they can be tracked down and held responsible for their crimes.

Legal implications of the new sanctions to veterinary practices

In the past, ransomware attacks have resulted in victims paying money to their attackers in order to get their data back. This has been partly due to the nature of information cybercriminals purport to have stolen or encrypted. This compels victims to pay because the risk of losing data is much greater than the cost of paying cybercriminals. This was evident in the JBS and Colonial Pipeline ransomware attacks that resulted in the firms paying cybercriminals millions in order to get their data back.

The new sanctions will spell an end to the payment of ransoms to cybercriminals by compromised businesses, healthcare providers and veterinary practices. According to reports, the new guidance will also clarify the risks victims will be taking if they decide to comply with cybercriminals and pay the ransom.

In October last year, the Treasury Department, through the Office of Foreign Assets Control (OFAC), had issued guidance warning victims of ransomware attacks not to pay ransom to members of ransomware groups that had been sanctioned, warning them that they may violate OFAC regulations by complying. However, these guidelines were unclear, with many people affected by ransomware attacks expressing their concerns that the guidelines were vague.

However, these new Treasury Department sanctions are expected to clarify such issues and put an end to victims complying with ransomware attackers once their systems have been compromised.

Veterinary practices should take note of the new regulations to ensure that they are in compliance with the OFAC guidelines. Failure to comply with the guidelines will lead to legal troubles with authorities, which may also result in financial damage of their veterinary practices.

Lucca can help simplify cyber security with its easy and affordable solutions. Email us today to see how Lucca can help protect your hospital.