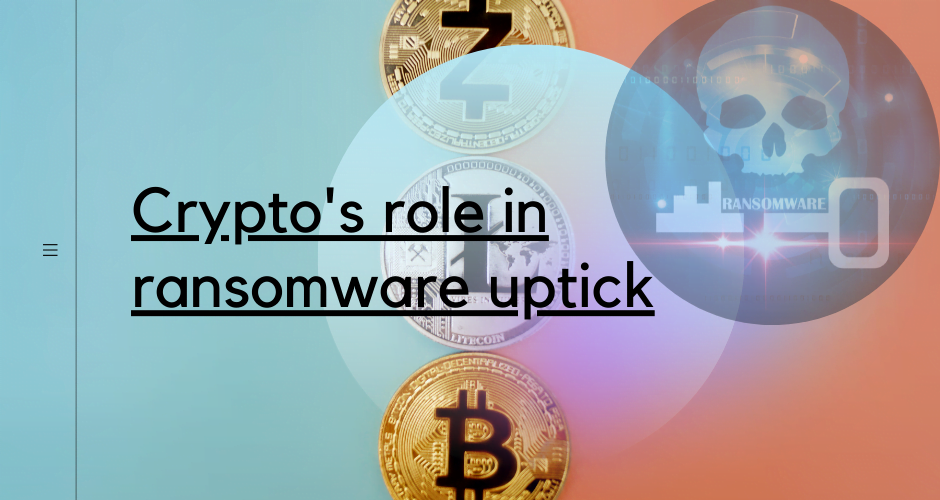 Recent reports on ransomware attacks have shown that cybercriminals increasingly use cryptocurrencies as their preferred mode of payments.

These cryptocurrencies are fast, reliable, secretive and easy to use for both the victims and cybercriminals. They have also provided an avenue where these cybercriminals can transact and carry out illegal trade anonymously, becoming a best use case for monetary conduit in cybercrimes.

Recent ransomware attacks on veterinary practices have also followed the same modus operandi, where these practices were asked to pay a ransom using cryptocurrencies to get decryption keys.

A cryptocurrency is a secure digital currency based on blockchain technology that makes it nearly impossible to counterfeit or double spend. Unlike fiat currencies, cryptocurrencies are decentralized and have no central figure issuing them.

The idea of cryptocurrency was first suggested by Satoshi Nakamoto in a 2008 paper titled “Bitcoin: A Peer-to-Peer Electronic Cash System.” Nakamoto would go on to create the first cryptocurrency, bitcoin, which would become the most popular crypto in a sea of over 5,000 cryptocurrency options.

Cryptocurrencies and the blockchain technology underlying the virtual currencies made it possible to have decentralized markets that are not under the control of any government. Decentralization of the economy was also a major reason why bitcoin was able to gain traction with users, who viewed the 2008 great recession as a failure of the then financial system to protect people, and many were looking for alternatives where they can store their assets.

However, as the cryptocurrency continued to gain traction, cybercriminals were also exploring ways they can use technology in their illegal online trades.

Fast forward to today, and cybercriminals have found a haven in cryptocurrency technology, where they demand payments in cryptocurrencies after every successful ransomware attack.

The average ransomware payment has reached an estimated $850,000, almost tripling last year’s average of $312,483. These payments have largely been made using cryptocurrencies such as bitcoin, and with the advent of ransomware as a service (RaaS), cybercriminals have grown bolder and are now demanding record-breaking sums of money from their victims.

This includes the JBS ransomware payment of over $11 million to the REvil ransomware group in order to get their services up and running again.

The ransomware attack on the Colonial Pipeline also saw the company part ways with about $4.4 million in bitcoin payment to the DarkSide cybercriminal group. In Germany, Brenntag, a chemical distributor in Germany also parted ways with over $4.4 million after they also got attacked by ransomware.

However, most ransomware attacks have not been high-profile and have not received the attention they deserve. This includes the attack on York Veterinary Practice and the demand for $80,000 in cryptocurrency payment, which the practice refused to pay.

Regardless of where you stand on the pros and cons of cryptocurrencies, there is a huge possibility that your next attacker will need you to use the mode of payment to get your data back.

Recent attacks on veterinary practices have also shown that there is no small target for the current crop of cybercriminals, who are willing to take a few hundred dollars in ransom regardless of the size of your practice. The best measure you can take to avoid falling victim to these cybercriminals is by implementing measures such as two-factor authentication, providing robust cyber security training to employees, reviewing security protocols of your practice, requiring strong passwords for your employees and having cyber insurance in case of an attack.

The truth is, cryptocurrencies are here to stay, and the recent adoption by major companies such as Paypal, JP Morgan and Tesla indicates that virtual currencies are going mainstream. Cybercriminals are just a small but significant part of the 2 trillion dollar cryptocurrency capitalization.

As a veterinary practice, the best response to cybercriminal groups demanding ransom payment using cryptocurrencies after a ransomware attack is refusing to pay. Recent reports indicate that there are no assurances that the victims get their data back once the payment is made.

Paying cybercriminals also puts a target on your back, as most cybercrimes groups and individuals behind these ransomware attacks share information about their bounties and security vulnerabilities. Therefore, once an attack is carried out against your practice, it is important to consult a security expert to do an audit of your systems to prevent future attacks.

Download our FREE eBook “5 Simple Steps to Protect Your Practice” . These are 5 items that don’t require a lot of technical know how and are either FREE to implement or very cheap.